​
Cultural Reflections Project 1: The Last Word, Czech education articles
The development of Czech education has evolved over time. Vickava’s article gives a snapshot into the foundation of Czech education. The evolution of Czech Republic foundation from beginning to the current state. The article focuses on the development of the first schools which were established in 973. Economic and political structures have played a crucial part in the structure of schools. The early school system was unified in which consisted of: first stage (1. – 5. grade), second stage (6. – 9. grade) and third stage (10. – 12. grade). The third stage included 4- year grammar schools (gymnasiums), 4-year technical academies, and 2/3-year vocational schools. The first and second stage were later conjoined into a unified basic school, which covered the compulsory education (8/9 years). The curriculum was modified to fit the ideology, it was unified, compulsory and nature science and work oriented. (Vickava, 2018.p.3).

The Unbearable Lightness of Being by Milan Kundera
My rating: 4 of 5 stars

The Unbearable Lightness of Being opened a conversation of mystery that surrounded the books development from of the setting that translates from dark place. The author's portrayal of the characters left me intrigued to discover a newness of Czhec culture. I enjoyed the author's approach to the book. The style of writing was a little interesting at first but overall I was able to follow and understand the content in which the author portrayed the character and the setting.

View all my reviews
Cultural Reflections Project 3: Czech Film Club
​“Marketa Lazarová”, Czech director František Vláčil’s 1967  film. A grim, epic tale that may not have dragons, but does however present a world that must, in some way, have possibly provided ideas for the Game of Thrones series. The tale of the struggle between two rival clans is a mirror on the battles between Christianity and paganism. It is a stark, haunting vision in black and white of a brutal and unforgiving world in which love can result in tragedy and death if it falls foul of the codes of loyalty and clan honor. The film is visually captivating and contains unforgettable images and performances that stay in the mind. 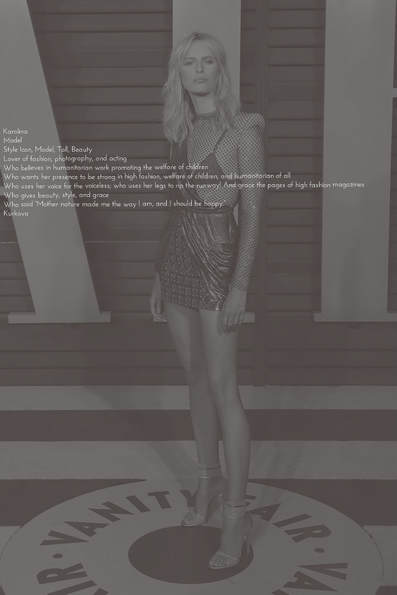 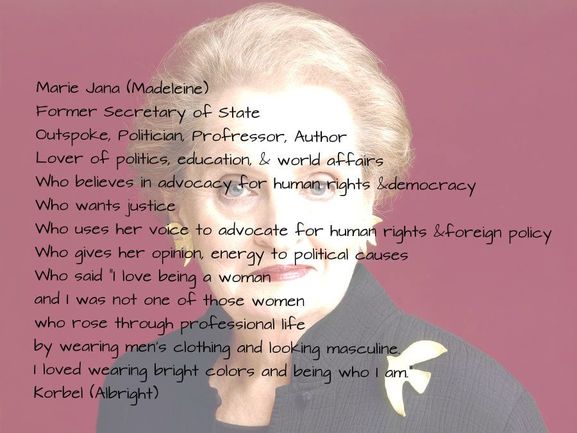 Cultural Reflections Project 5: Urban Neighborhood Analysis (from Field Research)
Prague 7: Letná and Holešovice located to the north of the Old Town, in a well-defined area in the meander of Vltava framed by the two parks of Stromovka and Letná. Attached rather late to the city of Prague late 19th, it is worth visiting for its beautiful architectural ensemble, its rich museum collections and the freshness of its parks. The neighborhood is divided into two areas quite distinct from each other. Letná does not officially exist as a district (it is administratively attached to Holešovice), but this space located on the hill between the two parks of Letná and Stromovka.

Upon arrival to the neighborhood, there was a calming sound of quietness that lurked among the streets. As I walked off the tram, a huge outdoor venue greeted me with a few visitors and workers who were breaking down equipment from a Harley Davidson motorcycle convention. In observation, it is evident that the timid neighborhood is going through numerous updates. It seems that the neighborhood is an attraction for some tourists and local for businesses and attractions. I can tell that this part of town is not quite as popular as compared to Old and New Prague. Prague 7 showed numerous pictures of families and young children enjoying the park and the sunshine of the day. Some parts of the neighborhood had graffiti displayed on the concrete walls of the park. The buildings show a mixture of modern and classic architecture.

The neighborhood is filled with timeless structures that show examples of Old Prague. However the the modern buildings show the potential for a neighborhood filled with growth and endless possibilities. Business filled streets showcase Czech's significance in business relations. Many people enjoy the leisure of the quiet neighborhood. Other areas of Prague 7 are filled with coffee shops, fine cuisine, and hip hangout spots for tourists and locals to enjoy a vibrant and neighborhood.

Kafka: A Castle of  a Conflicted Man
The wintry landscape of Kafka's setting for his classic novel "The Castle" sets the scene for the author's known mystery as a part of his life and great literary work. The setting alone shows an array of Kafka's emotions of a cold and dreary soul of a conflicted man. A man with many quarrels in his life from various avenues along his journey to understand himself and those around him. Kafka, a man battling his inner self in opposition to others and the world around him.
I'd like to think the castle represents Kafka, the man himself. His large mind filled with many paths, hallways and doors to his overall self. The darkness and mystery of the castle represents his constant turmoil and battle with himself. In the novel, the Protagonist is only known as "K". I 'd like to think that "K" is Kafka himself choosing not to reveal himself and remain in secrecy. The story begins with "K" being rejected by the village officials. This rejection represents the many hallways in which he walks through in his mind of rejection and not feeling accepted for who is as a person. From Kafka's on person life he dealt with rejection from his father in which they conflicted over his career and lifestyle choices. This lingering anguish led to a man of darkness and unsolved mysteries of life. A feeling of unacceptance which diminishes his spirit.

Each room and hideaways in the castle show the various doors of conflict in Kafka's life. Grey areas in which he has yet to deal with. Such as the four women in his life, his dad's judgemental factors, conflict of career choices and decisions. Each part of the castle leads to a pathway of a door that is filled with the unknown of his perspective on his mind which intertwine and conflict his way of thinking. Doors in which he struggles to open and deal with instead closing, locking and hiding the key to that leads to an large clash of his mind that his enlarged; thus represents The Castle. 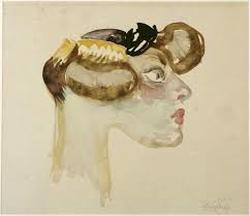 Frantisek Kupa's "Study for a Gigolette" shows a woman with distinct features gazing in a side profile. The woman is looking straight ahead possibly reflecting or focused on an object of some sort; the answer is unknown.  Details from the picture shows the woman is neatly groomed. Her wide eyes shows that she's analyzing and is narrowed on point of focus. 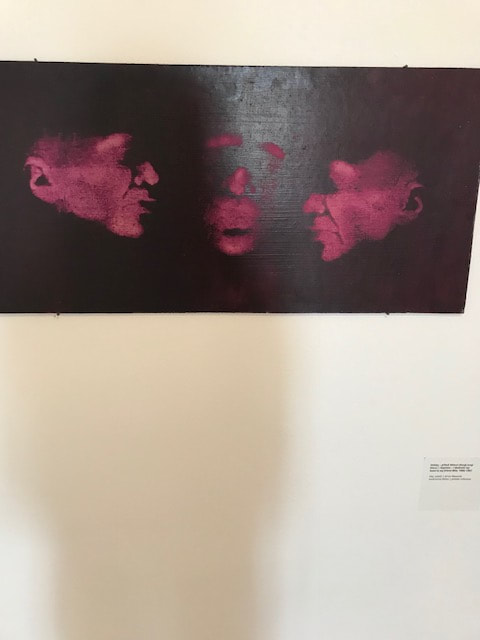 Cultural Reflections Project 8: Czech Art/Visual Analysis (from Field Research)
Rudolf Nemec's piece " I dedicate my head to my friend Mila" displays a strong contrast of the artists craft in which the dark color concept to depict a mood of mystery. The artwork shows a man's head seen from three different angle. Each angle shows the man from a different view or perspective. It seems as if the man is examining himself from each angle and looking within to understand himself.  Also, the man could be facing inner and outer parts of himself as he transforms as a person; a reflective demeanor is sensed in the artwork. In addition, the darkness of the photo paired with the man's  serious face shows his distinct tone as he appears on the canvas. ​