Cultural Collections Project 3: Neighborhood Analysis (Weebly Slide Show)The neighborhood I chose to visit was in Prague 8,Invalidovna. This neighborhood was constructed  by the Communist party of Russia. During this time period there was a great need for housing for the large numbers of individuals who had been displaced due to the war. The building are pre-fab structures that could be erected quickly.
I took the B line Metro from the Andel stop to the Invalidovna. As I walked out of the metro the neighborhood looked just like I had imagined and viewed on google maps. It was helpful to know where building was located and to be able to walk with a plan. During my observation there were about 20 people walking, sitting, or playing. There were children who were not accompanied by adults but were on their bikes or skateboards. In this Estate there are a minimum number of complexes. It is considered a smaller estate compared to others.
Most individuals that I observed were of various ages. I did not see any men just older women sitting on a bench, children, and single women.
The weather was unbearable one of the hottest days ever at 37.9 degrees Celsius, so this maybe the reason there wasn’t any individuals outside.
The people I observed were of one race accept the man at the Turkish kabob restaurant who said he was Czech.
The buildings are rectangular structures without any architectural aesthetic appeal. They were constructed to house many families and were meant for utilitarian purpose few had balconies but . I believe there were 3 or 4 floor plans that families could choose from. These were owned by the Czech government. Today individuals have been given the opportunity to purchase the flats for approx. $2,000 each. This is according to our e-Bike guide Gary. He said his in-laws purchased one. They also can be rented.

There were very few places to park cars as mass transit was available to all through the metro, cable car, tram, buses, and there were places people could place their bikes as well. The surrounding landscape was mowed but not manicured. The grass and green spaces were separated by the walkways, but they were not well maintained. Flower boxes by the restaurant but not through out the area. Two gated playgrounds that children could play at, but it looked old and ran down. There were also benches that you could sit at while the children played. There were also old beer and wine bottles laying around the playground. I did not see any children using this park. They also had an old basketball court, but it did not look like anyone that I had seen in the US.
There was a small grocery store and 2 restaurants. This area is being revitalized and new buildings are with in a few minutes. Scott sporting goods has a free-standing building close to the neighborhood and there are several business office complexes. The area had recycling, but it was overflowing. They had a textile recycle along with the standard, glass, and paper. Overall the neighborhood looked as I expected, and the housing had a feeling of adequacy as a place to live.

Invalidnova Prague 8 neighborhood  Communist housing
Cultural Collections Project 4: Museum Artifact Analysis (Voicethread)
To embed a copy of your Voicethread here on your portfolio page, copy the "embed code" from your Voicethread and paste below where it says "Click to set custom HTML." Finally, click "Publish" in the upper right corner to save your portfolio changes to the live site. Then you may delete this text block.
Cultural Reflections Project 1: Czech Education System, "The Last Word" Discussion
.Education in the Czech Republic
As a United States Citizen, it was interesting to learn about the Education System in the Czech Republic.
At first glance it appeared that all students attend school like the US, preschool, early as 4,through age 23 at the University.  Upon further review their Education system is very different than ours.
The sequence of learning is elementary education divided into 1-5 grades , then lower secondary  6 -9th grade.  The students in grades 5th or 7th can apply to what is called the gymnasium education. After the student finishes 9th grade they will attend Upper Secondary education. These are special focus schools, and the students attend from 10th to grade 13th. The categories: General Education, Lyceum(classical education), Technical and Vocational ,and Secondary with  apprenticeship certificate. After this time in the system a select few may go to the University . The students are required to attend only through age 15.
Once a pathway is chosen then it is difficult to switch to another one. Since the focus has been on educating students during the early ages many of them can go directly to work after their  compulsory education is finished.

In our small group we applied the “Last Word Response” method and discussed many aspects of the Czech education system.
The different pathways Technical l/Vocational Education and General Education. How this affects  the students lifelong work. It appeared to us that deciding on a pathway so young would be difficult as such a young age and may leave the student with less options for their careers.   We finally agreed that we would respond to the Special Education system in the Czech Republic as this effect all teachers/students. Until recently the students in the Czech Republic would go to main stream schools. This practice is ending, and the students will be offered schooling with all the other students in the educational system. They also are developing Individual Education Plans (IEP) like the US. In contrast the students in the US are offered a variety of options for Special Ed.  Inclusion, Curriculum assistance. IEP etc.
I  look forward to learning more about the Czech system on our trip to Prague.
Reference graphic
http://gpseducation.oecd.org/CountryProfile?primaryCountry=CZE 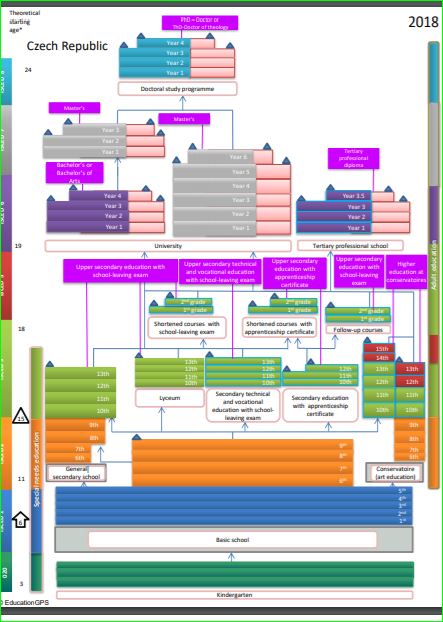 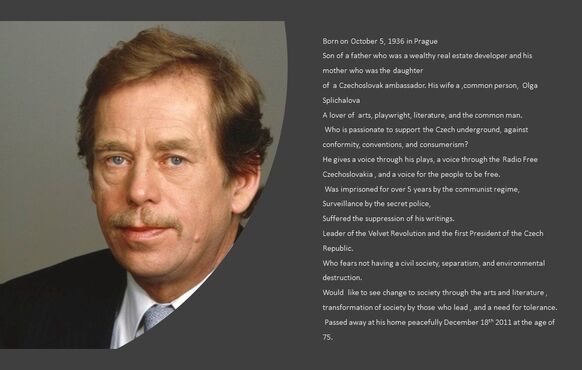 Cultural Reflections Project 3: Czech Film Review
It's the year of 1941 in  Czechoslovakia. Two  solders who are living  in exile are parachuted into their home land country to fulfill the mission of "Operation Anthropoid" . Their mission was to execute  Reinhard Heydrich.  Heydrich was one of the top officials of the  SS, and he was one of the main individual s who created the  final solution of genocide of the Jews.  The movie had a lot of suspense and kept you engage in the plot.  The film director , Sean Ellis,did a great job of  conveying the message about the plot to kill Heydrich . The film left a deep impact on me and  a realization of what extents individuals will go to for freedom.  The filming represented the time period and shots around Prague helped establish  the authentic nature of the film. I would recommend this movie to others.  After watching Anthropoid it has sparked an interest in researching further events that occurred after the assassination attempt on Rehhard Heydrich,
Cultural Reflections Project 4: Czech Book Review